Electric buses add one more advantage to the environment and our health: their noise pollution is lower than that of combustion buses.

With the aim of promoting a cultural change towards more sustainable modes of mobility, the MOVÉS project carried out a consultancy to assess the noise pollution of different public transport technologies. The study compares the noise level, under different test conditions, between conventional diesel units and electric units, obtaining test elements which provide the level of noise pollution to which users and workers of public transport are exposed, as well as the population, in general.

According to the World Health Organization (WHO), noise is one of the most important environmental health risks. Exposure to noise can cause auditory and non-auditory effects: through direct damage to the auditory system, noise causes effects such as hearing loss and tinnitus; at the same time, it can be a stressor that has been shown to have an adverse effect, especially after prolonged exposure.

The expression of the logarithmic relationship of a given sound pressure and the reference sound pressure (20 mPa) is called the Sound Pressure Level and is expressed in dB.

The study was carried out in two electric units (E1a and E1b), with less than one year in operation, and two diesel units, one of them Euro V (C1) with less than a year in operation and the second with more than five years in activity (C5). Thanks to the collaboration of the Automóvil Club del Uruguay, the measurements were carried out at the Victor Borrat Fabini Autodrome, located in El Pinar. They were developed in three different scenarios:

-unit on but stopped (vehicle idling) 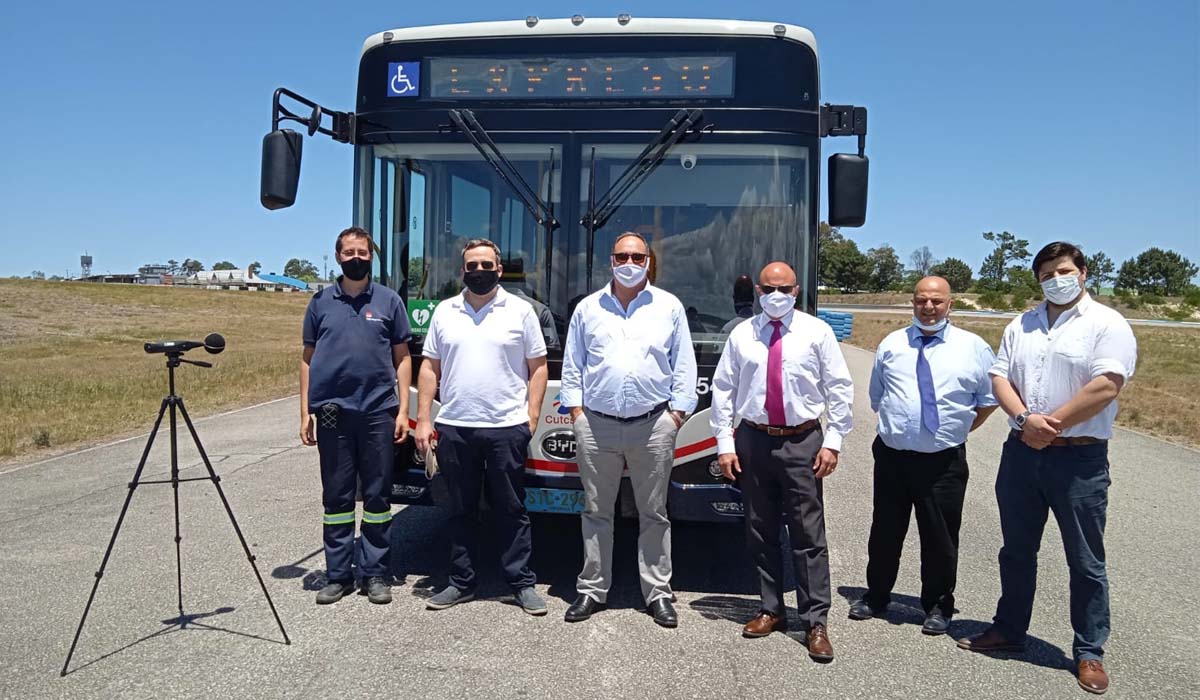 The differences in the Sound Pressure Level (SPL) for electrical and conventional technologies are very significant in the scenarios of stopped vehicles, accelerating and circulating at low speeds (<30 km / h), both inside and outside the units.

These differences represent an important argument in favour of electric public transport, given that the usual operation of vehicles in the metropolitan transport system implies cycles of stop / acceleration / circulation at low speeds / deceleration in short distances all scenarios where electric transport has a significantly better performance.

It is important to remember that the average operational speed of public transport in the city, as shown by the indicator of the Montevideo Mobility Observatory, is less than 30 km / h on most lines, therefore, this difference in the Level of Sound Pressure (SPL) is significant in the normal operation of buses.

The incorporation of electrical units would generate a significant impact to mitigate noise pollution associated with transportation systems, as well as to improve the comfort of its users and the working conditions of its workers. This incorporation would enhance the acoustic environment of urban centers, considering that traffic represents one of the main sources of noise pollution in this type of environment. 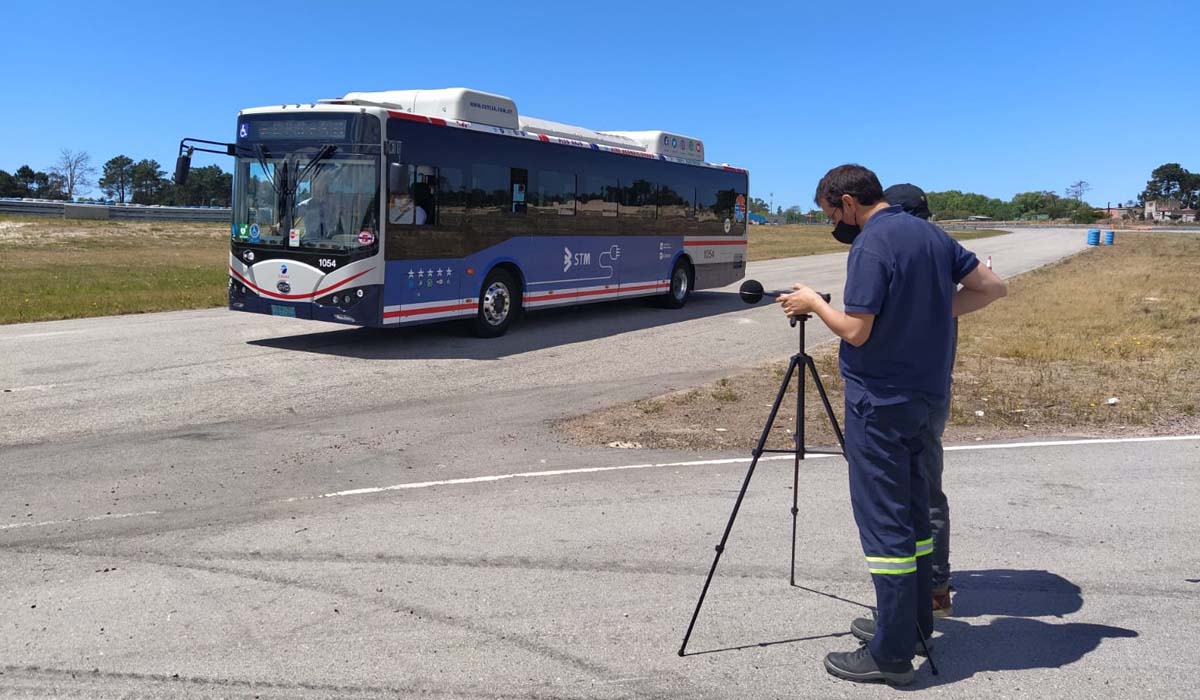 The threshold of hearing and pain, as well as the intermediate stages, are subjective to the person who received the impact. To measure them, a perception scale is used as indicated in the following table 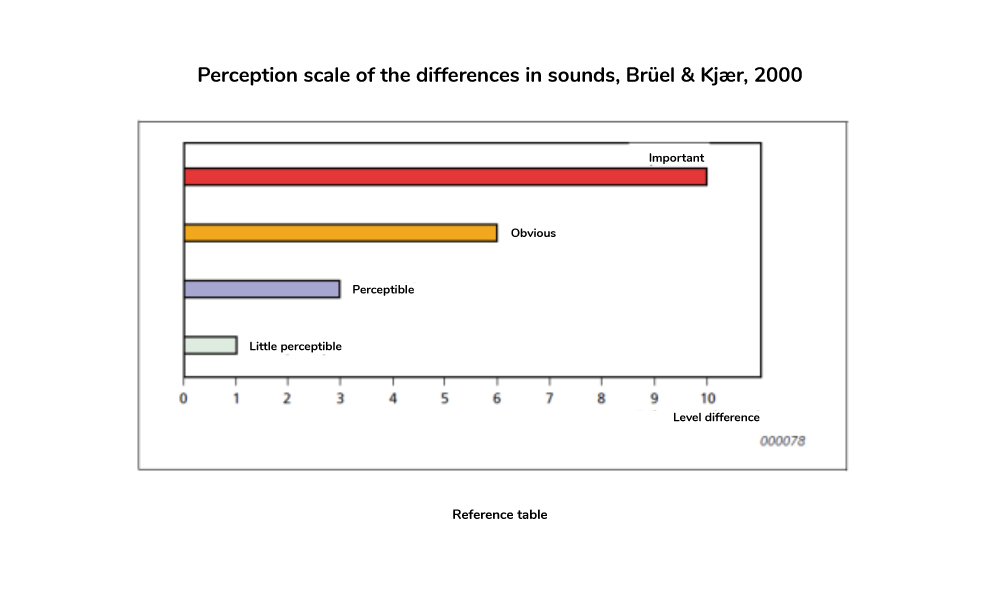 MOVÉS is a project financed by the Global Environment Facility (GEF), its implementing agency is the United Nations Development Program (UNDP) and is executed by Ministry of Industry, Energy and Mining (MIEM), the Ministry of the Environment (MA) and the Ministry of Housing and Territorial Planning (MVOT), with the collaboration of the Uruguayan Agency for International Cooperation (AUCI). Its objective is to promote more efficient and sustainable mobility.